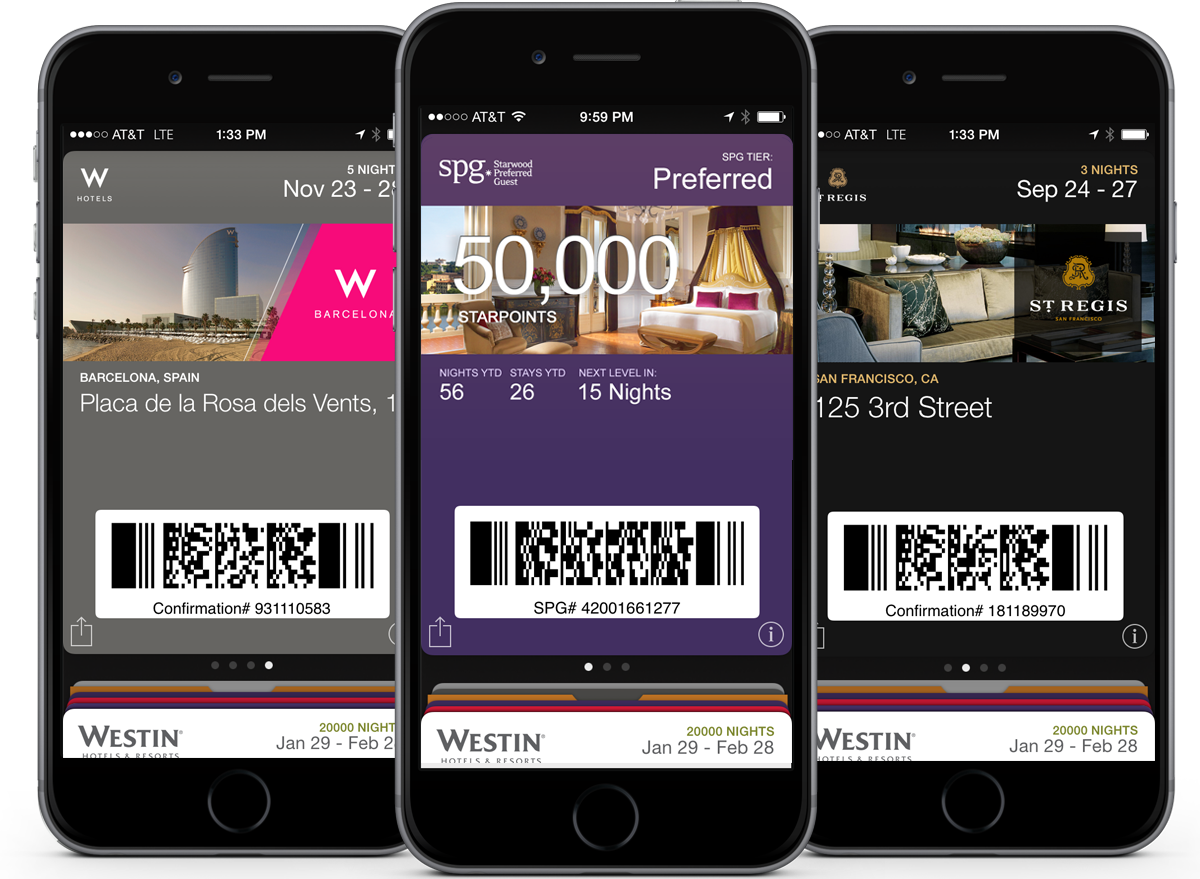 Starwood Hotels and Resorts was one of six launch partners who were asked to work with Apple on the launch of their Passbook app and we created two different types of passes. The first was a Passbook version of the Starwood Preferred Guest member card where the front of the pass was customized with three different templates that showed the visual language of their tier and point balances. The back of the card contains global contact information and their next upcoming stay.

State-aware design for your virtual wallet

We pioneered state-aware user experience design with the SPG smartphone app where the app would dynamically curate content for your based on what you needed for each state of your stay in one of our hotels. We thought Passbook was the perfect extension of this concept so we created Passbook cards where the information on the cards changes the same way it does in the SPG App. This way the cards became much more than just single use references but because a useful tool in a guests travel and stay.

We then created 9 different templates for each of our nine hotel brands. The challenge was to make each card reflect the visual language of each brand even though Passbook cards have very limited creative options and very little content on the front of each card. we were able to get some of the brand personality to come through using the logo at the top of the card and primary background color but it wasn’t enough so we spent a lot of time finding creative ways to use the photograph to supplement the branding and information on the card. The final solution was to start with the 9 base templates which were combined with over 1,1100 unique images so each hotel has a unique Passbook card. Each unique image combines exterior of the hotel, the hotel logo with the full hotel name in multiple languages and in some cases a secondary color stripe to add more brand personality. 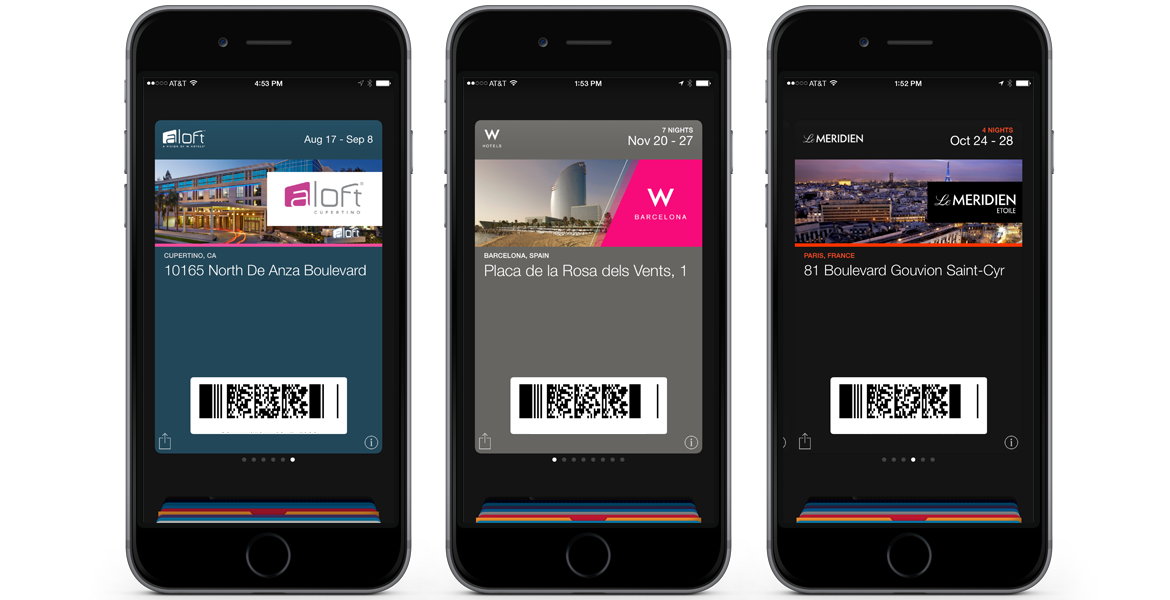 Starwood Preferred Guest cards have up to the minute points totals and will automatically customize itself to match photography the member has selected for their physical SPG card. The back of the back contains worldwide contact numbers and the members upcoming stay. 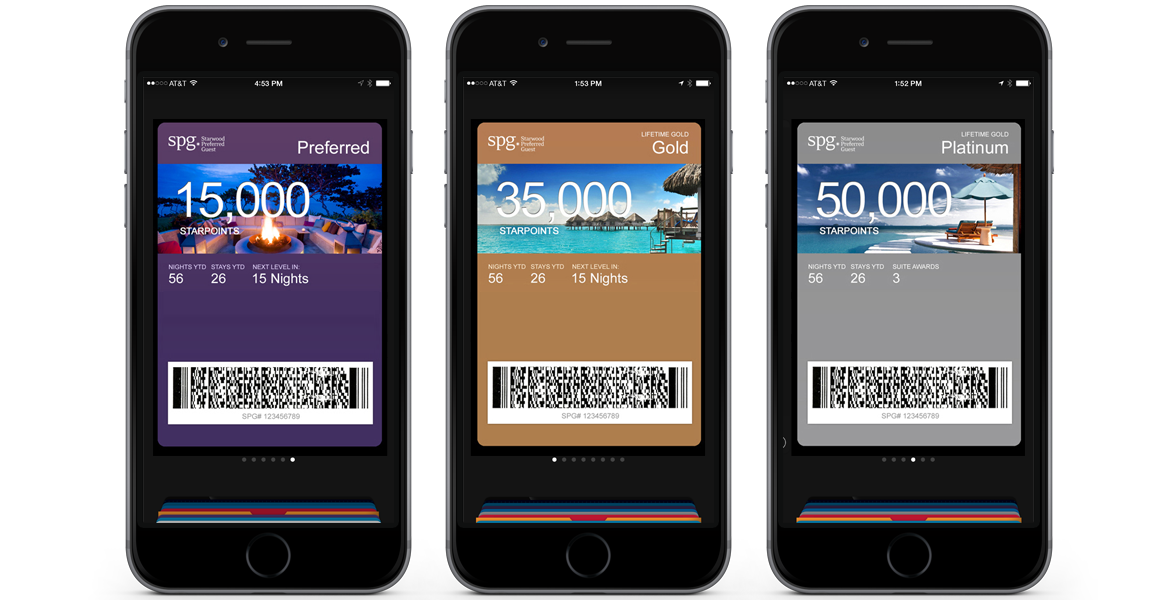 My work on Apple Passbook was featured in iOS6, iOS 7, iPhone 5, and multiple Apple Pay keynotes. The W Passbook card was one of the first cards ever shown on stage and was the first card to be show off the shredding animation when a card is deleted.

The work has also been on every demo iPhone in Apple Store and all major wireless carrier stores since the release of iOS6.