American Airlines - We Know Why You Fly 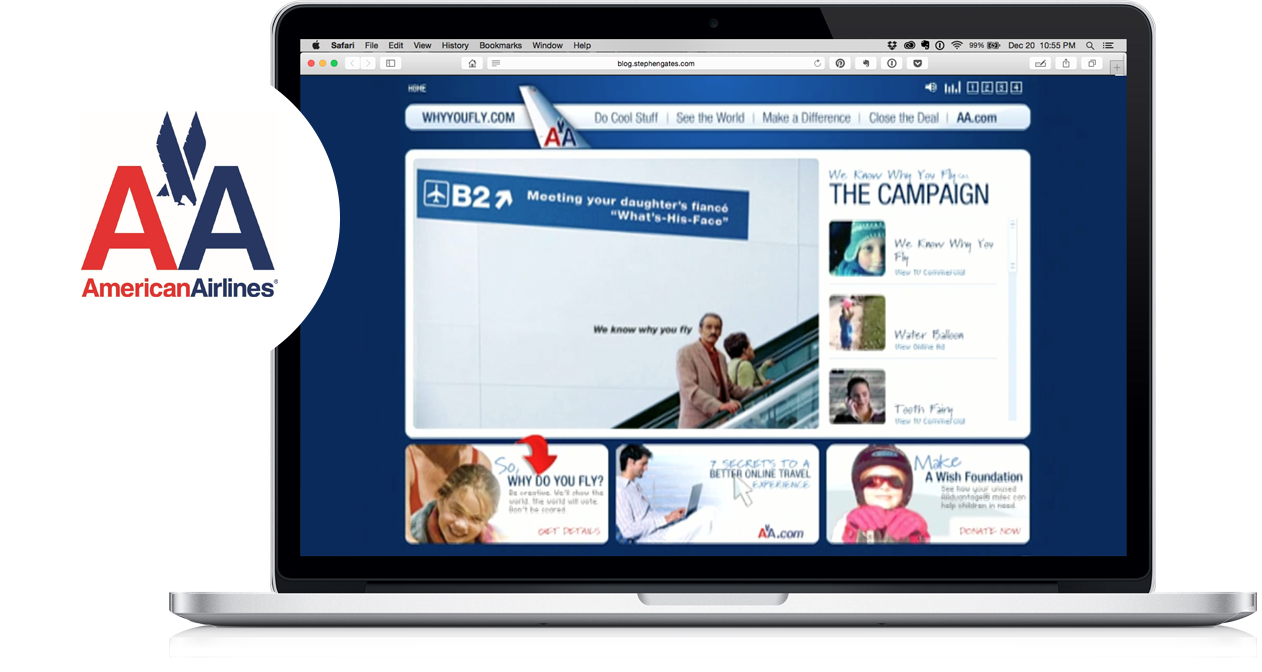 In 2004, American was faced with many challenges and it became imperative that they differentiate their brand from the many airlines currently in the market.  Their target was “high-value flyers” who care how they get from point A to point B and who travel frequently. Prices were at an all-time low in so trying to compete on price alone without brand differentiation to create value would be disaster. American’s greatest strength is that it’s the world’s largest airline and they faced challenges every day that other airlines never see.

Rebuilding a brand after September 11th

The We Know Why You Fly campaign was born out of the challenge detailed above as well as the tragedy of September 11th. We had to change the conversation to make customers think about the emotional moments that happens during a trip and not the process of traveling which was not something most people wanted to think about at the time. We felt that changing that conversation to be more emotional and less about the product offering was a strategic opportunity and it was American’s first new branding campaign in over ten years. WhyYouFly.com has the heart of the new campaign giving consumers the chance to send in their own video, photos and stories about why they fly. The best entries were used as TV commercials that ran nationally. 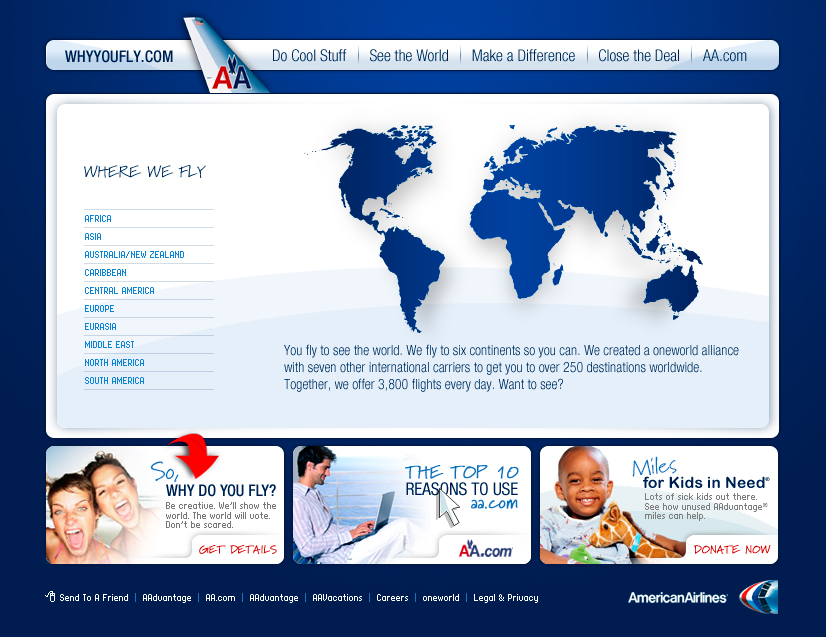